Black Racists are at it…AGAIN!

“The cartoon in today’s New York Post is troubling at best given the historic racist attacks of African-Americans as being synonymous with monkeys. One has to question whether the cartoonist is making a less than casual reference to this when in the cartoon they have police saying after shooting a chimpanzee that “Now they will have to find someone else to write the stimulus bill.”

“Being that the stimulus bill has been the first legislative victory of President Barack Obama (the first African American president) and has become synonymous with him it is not a reach to wonder are they inferring that a monkey wrote the last bill?”

Wallowing in Hatred and Blackness

‘Lord, in the memory of all the saints who from their labors rest, and in the joy of a new beginning, we ask you to help us work for that day when black will not be asked to get in back, when brown can stick around … when the red man can get ahead, man; and when white will embrace what is right. That all those who do justice and love mercy say Amen. Say Amen.” – Rev. Joseph Lowery, Benediction at Obama ‘s inauguration.

“It is important to make a further distinction here among black hatred, black racism, and Black Power. Black hatred is the black man’s strong aversion to white society. No black man living in white America can escape it…But the charge of black racism cannot be reconciled with the facts. While it is true that blacks do hate whites, black hatred is not racism.”

Prejudice : an irrational attitude of hostility directed against an individual, a group, a race, or their supposed characteristics

The Hypocrisy of Black Americans on the subject of Racism

“Black hatred is the black man’s strong aversion to white society. No black man living in white America can escape it…But the charge of black racism cannot be reconciled with the facts. While it is true that blacks do hate whites, black hatred is not racism.”

If we live in such a racist country, as the friends and fellow travelers of Barack Obama have argued vehemently throughout this campaign season, how did AmeriKKKa end up electing The One?

She’s going to run the country and the husband is going to take care of the kids. I just found the whole thing sad and very musty and very much like a Bund rally, but maybe that was just me.

Democratic Party – the “Party of HATE” – and their MSM puppets

Rarely has the inner life of the Left been so exposed to public view. Look for a lot of uncontrollable rage if the McCain/Palin ticket sweeps to victory.

“White America” is too RACIST to elect Barack Obama.

Most people couldn’t care less about your name and your color, Senator Obama. They fear being lead by you because you have no substantive legislative record, you’re a chronic liar and, after explicitly stating that you choose your friends carefully, you have repeatedly and systematically made friends with people who hate this country.

“We don’t have slave masters. We got mayors. But they still the same white people who are presiding over systems where black people are not able, or to be educated.”

Theologically, Cone’s argument is as silly as the “Aryan Christianity” popular in Nazi Germany, which claimed that Jesus was not a Jew at all but an Aryan Galilean, and that the Aryan race was the “chosen people”. Cone, Hopkins and Wright do not propose, of course, to put non-blacks in concentration camps or to conquer the world, but racially-based theology nonetheless is a greased chute to the nether regions.

Behind her as she preached… today Leah was delivering the sermon… Below the sanctuary, in the fellowship hall, a banner for slavery reparations proclaimed, “They Owe Us.”

N-Word is PRIVATE PROPERTY of African-Americans

On the news of Jesse Jackson’s use of the “n” word, the conversation quickly developed into the double standard involved between a white and black person’s use of the word.

SHOCKING Obama words: what he really thinks of white folks…

History of the Arab-Islam Slave Trade

At the National Press Club interview, Rev. Jeremiah Wright said – “ Louis Farrakhan is not my enemy. He did not put me in chains. He did not put me in slavery. And he didn’t make me this color.” Why is it that African Americans blame today’s ‘Whites’ for the slavery their ancestors went through, and yet ignore the connections of American Muslims to the history of slavery?!

Affirmative Action and the “Afrosphere”

Not being satisfied, with a just a plain ole Blogosphere, some African Americans decided that the Blogosphere needed to be segregated. 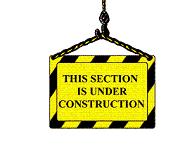